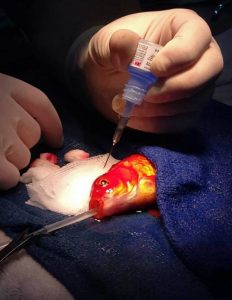 This handout photo taken on September 11, 2014 and released from Lort Smith Animal Hospital on September 16 shows a goldfish named ‘George’ lying on the operating table during an operation to remove a tumour in Melbourne. ‘George’ was on the mend in Australia on September 16 after undergoing “high risk” brain surgery in an operation the vet described as “fiddly”. The 10-year-old fish had a tumour protruding from its head, leaving his owner with two options: to have it operated on or have the fish put to sleep. AFP PHOTO / LORT SMITH ANIMAL HOSPITAL / DEBRA MAYRHOFER —-EDITORS NOTE —-RESTRICTED TO EDITORIAL USE MANDATORY CREDIT “AFP PHOTO / LORT SMITH ANIMAL HOSPITAL / DEBRA MAYRHOFER ” NO MARKETING NO ADVERTISING CAMPAIGNS – DISTRIBUTED AS A SERVICE TO CLIENTS NO ARCHIVESDEBRA MAYRHOFER/AFP/Getty Images 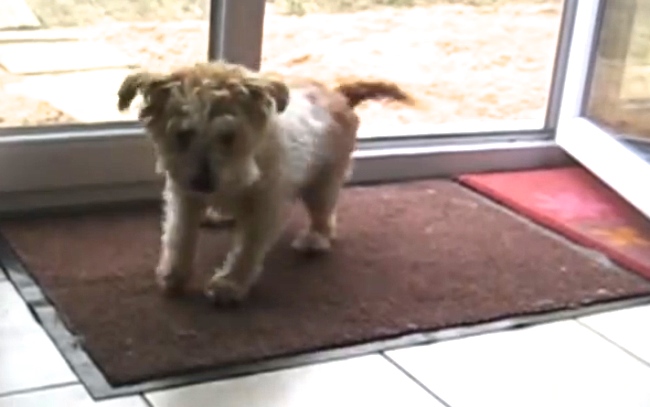